Bestselling author Lisa Jewell recently made her thriller debut in The Netherlands with the translation of Watching You (Ik volg je). Thrillers & More got in touch with Lisa to talk about her debut and more.

Some people might not know you yet – who is Lisa Jewell? Are you a full time writer?
I am a fifty-year-old mother to two teenage daughters and a small menagerie of animals. I live in north London, in a nice house, not far from where I was born, and yes, I am lucky enough to be a full-time writer.

How long have you been writing? Is it something you have always wanted to do?
I started writing my first novel in 1995 when I was twenty-seven. I wanted to be a writer when I was a little girl, but then during my teenage years I wanted to be a music journalist and then as an adult I found myself working in the fashion retail industry and didn’t think about writing again until I came out of a bad marriage at 26 and realised I wanted to do something for myself. I chose creative writing lessons and that set me on the road towards considering starting a novel.

A few of your previous novels have been published in The Netherlands. Watching you is your suspense debut in The Netherlands. What made you switch from women’s fiction to suspense novels?
It wasn’t a sudden switch. All my early novels had dark threads running through them and as I grew older and my life became less frivolous, I began to explore the dark themes more and more deeply. It was a long, slow journey to get to the point where I felt able to introduce a murder into one of my books and even then, I was very cautious and did it very gently because I wanted to keep my original readers with me.

Is there a big difference between writing women’s fiction or a thriller? What do you enjoy most?
Thrillers are twice as hard to write as romantic or family fiction because everything in a thriller needs to mean something and lead the reader somewhere important. Thriller readers expect more than just a journey from A to B, they want to be taken down dead ends and back roads and twist and turns. It’s much more complicated and technical, I feel like the writers’ toolbox in my head is getting fuller and fuller as I keep adding new things to it! It can feel quite overwhelming sometimes.

What kind of writer are you? One that plans every chapter or one that has an idea and lets the story and characters lead the way? And do you have a specific routine, or do you just write whenever and wherever you can?
No, I cannot plan a book. I cannot decide what’ll happen in a book without writing it. I feel like I’m just randomly guessing if I try to plan it out in advance. The story comes to me as I set it down on the page and I can’t know what it is beforehand. It’s frustrating writing like this as I feel disorganised and scared a lot of the time. But it’s the only way I can work. I do most of my writing while my children are at school, either at my dining table or in my local café. I don’t tend to write ‘whenever and wherever’.

Where did the idea of Watching you come from? Is it something you have experienced or something you are afraid of?
I wanted to write about a suburban love triangle that leads to murder. I had the idea of much younger woman getting a crush on an older married man and after coming up with Joey and Tom, I envisaged them living side by side in these amazing colourful houses set high on a hill in a claustrophobic enclave where everyone can see everyone else. After that the story just found its way naturally to all the voyeurism and paranoia that steers the book.

What do you like to read yourself? Do you have a favourite genre or author? And what is the last book you have read? Do you have an all-time favourite that we all must read?
My favourite genres are psychological thrillers and light literary (for example, Sally Rooney or Maggie O’Farrell). The last book I read was a psychological thriller called Stop at Nothing by Tammy Cohen. It was amazing, very taut and slick and believable. It also broke an eight-month loss of my reading mojo; I’d barely read anything at all for ages. I read this in a week. I’m now reading the new Alex Marwood, The Poison Garden. She’s an incredible writer and I’m totally invested in the story already at only 30 pages in. Everyone should read Sleep With Me by Joanna Briscoe and Alys, Always by Harriet Lane, my two favourite psychological thrillers.

If you weren’t a writer, what kind of job would you most love to do?
I think I would be an excellent editor.

What or who has inspired you the most in your life?
Good books inspire me, good Netflix shows, good movies, interesting conversations, strange stories in the news, people I pass on the street, other people’s stories.

Why should we all read Watching you?
Watching You is a traditional murder mystery, it begins with a dead body in a kitchen, whose we do not know, and then spools back to six months before the murder to see how the inhabitants of Melville have affected each other and allow the reader to guess who the victim might be and who the murderer might be. It’s full of red herrings and twists. 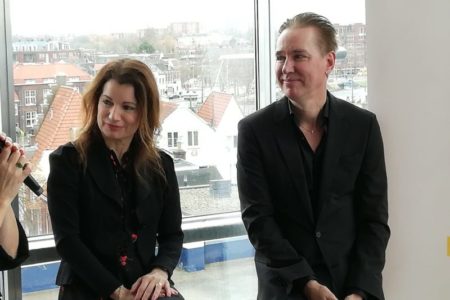 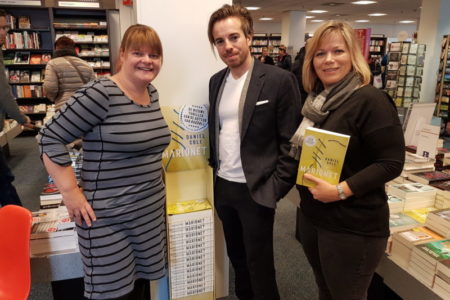